This is a special card set in the Dinosaur King Trading Card Game, released after Spectral Armor Shock. At least as of now, it is only available in the French version. A preset random pair of its cards were available in some special Power Pack release.

A new version of the Dinotector Dinosaurs with an exclusive ability. 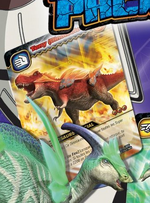 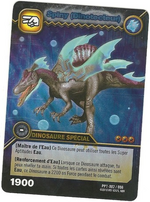 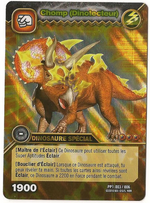 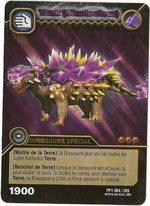 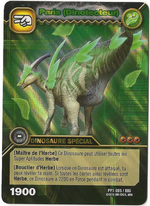 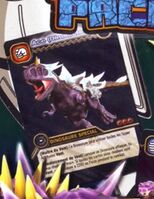 Ace (Dinotector) PP1-006 (French)
Add a photo to this gallery

Retrieved from "https://dinosaurking.fandom.com/wiki/Dinosaur_King_TCG_-_Special:_Power_Pack?oldid=53297"
Community content is available under CC-BY-SA unless otherwise noted.