“I coulda carried that in my pocket."
—Ed, A Miner Disaster

This article is a stub. You can help Dinosaur King by expanding it.

This is an early release of the Dinosaur King Trading Card Game, around the time of the Promotional Set, Starter Set, and Base Set.

Special versions of Dinosaur Cards with abilities based around the toy figures available alongside them.

One card remains unknown. Nine others aren't known from good enough images to read their codes, and are presented at the end of the list. 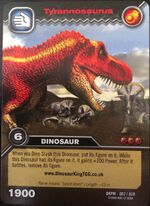 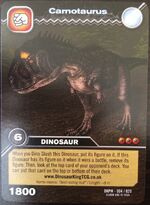 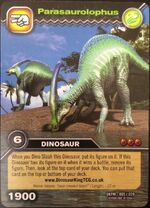 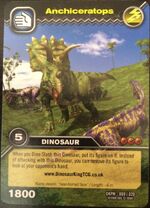 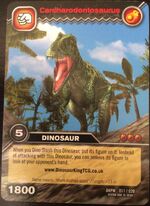 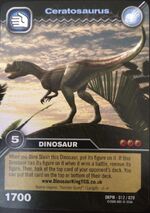 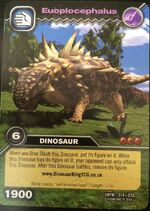 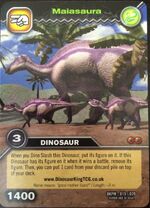 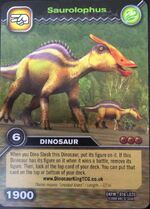 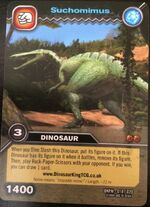 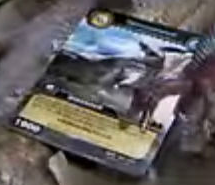 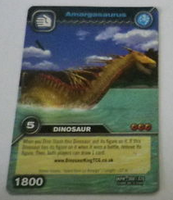 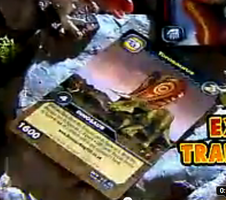 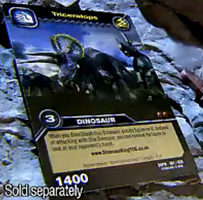 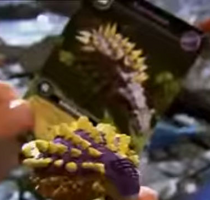 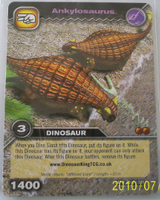 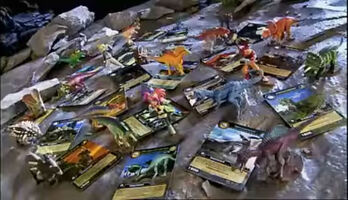 Shot from commercial of all 20 cards with figures (click to view full).
Add a photo to this gallery
Retrieved from "https://dinosaurking.fandom.com/wiki/Dinosaur_King_TCG_-_Special:_Figures?oldid=48158"
Community content is available under CC-BY-SA unless otherwise noted.